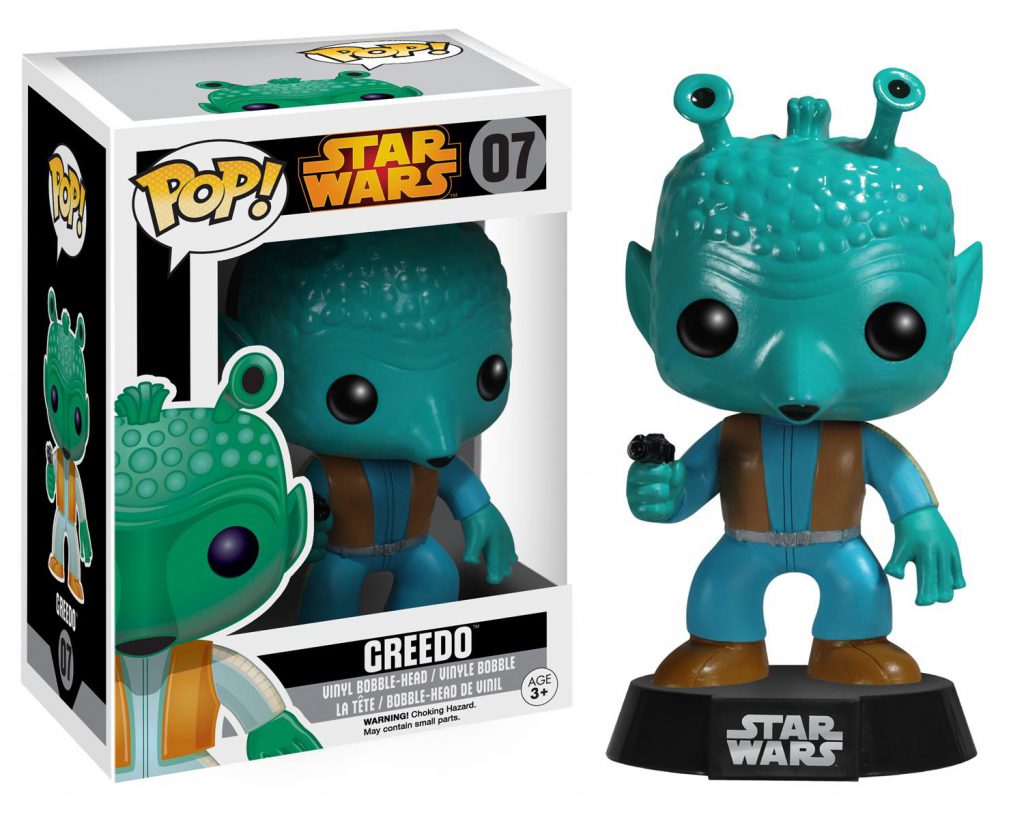 Once Funko announced that some Star Wars Pops would see rerelease to commemorate the new movie installment later this year, fans have been wondering if the ultra hard to find Greedo would be released. We now know that this is a reality, as Funko has released a promo pic with the new Vault Edition packaging. The great news is that these are already up for preorder at both Entertainment Earth for a mere $9.99, well below the $200+ it’s going for on the aftermarket!

How does everyone feel about this? Glad that a rarity is back on the retail market? Pissed that the release cheapens the rarity and collectiblity factor?