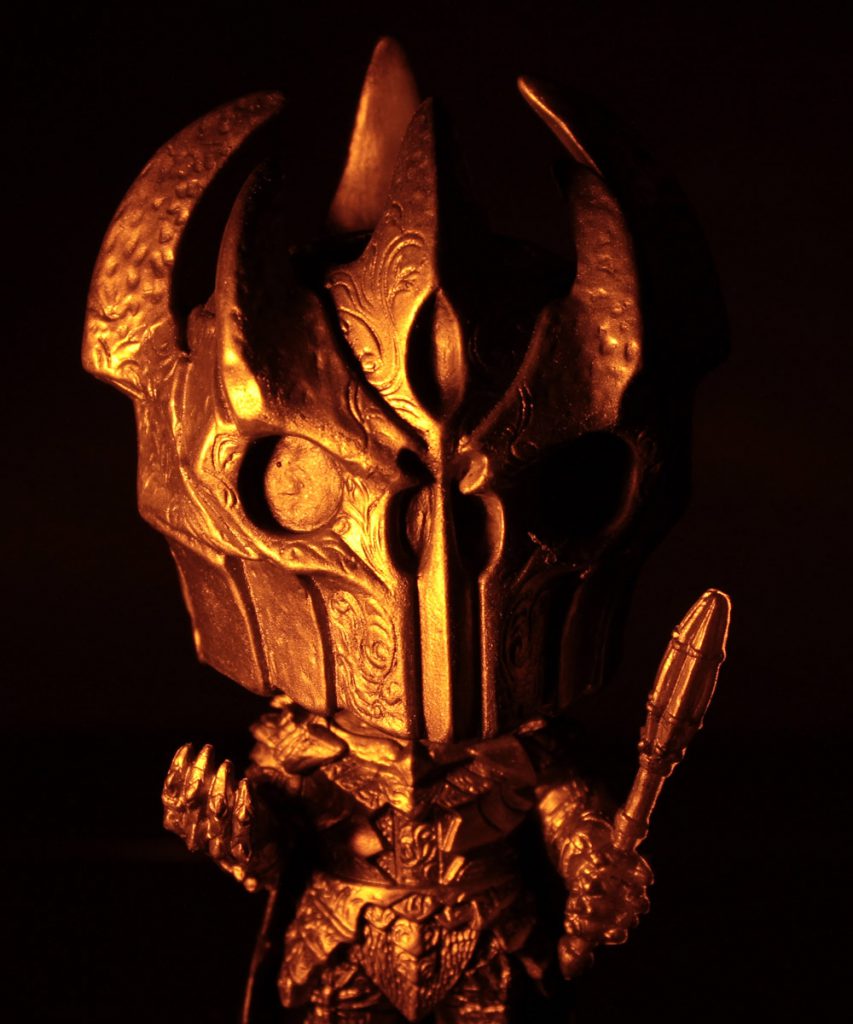 Thanks to the generosity of Entertainment Earth, I have a few random Pops to review. I started thinking, though…why stop there? So, going forward, I will periodically pick four random Pop Vinyl figures that have been somewhat recently released and give them each a mini review with photos. To get things started, I have a selection from Games, Marvel, and Movies!

Sackboy is #26 in the Pop! Games series, and is the face of the game series Little Big Planet. Pops are known for offering stylized versions of your favorite characters from movies, games, etc., which is great, but also doesn’t lend a lot of faithfulness to the portrayal of the character at times. Sackboy is one of the rare figures where the Pop is actually a really good representation of the character outside of the Pop stylization.

Back to the thought about offering faithful character representations, Sauron from the Lord of the Rings trilogy might be the farthest from it! But hey, that’s what’s so fun about this line – let’s take the most intimidating characters in pop culture and make them adorable. Sauron could have been a bit taller, but despite this he’s quickly becoming one of my favorites. The detail on the figure is absolutely amazing, with intricate details etched into his armor. Sauron is #122 in the Pop! Movies series.

I’ve never played any World of Warcraft games, but the characters have always intrigued me. Thrall is a hulking Orc leader from the popular game series and #31 in the Pop! Games series. The intimidating, green-skinned Thrall features gold and black armor with excellent detail, as well as an engraved hammer.

Like these figures? If so, please visit Entertainment Earth via the links below! This helps support our sponsors as well as the Pop Price Guide!

Update: It appears some of these are currently temporarily unavailable, but don’t fret! EE restocks frequently and will no doubt have these back in stock! In fact, EE doesn’t charge on preorders or out of stock items until they are in stock, and ordering an unavailable item only helps them get it back in stock quicker!