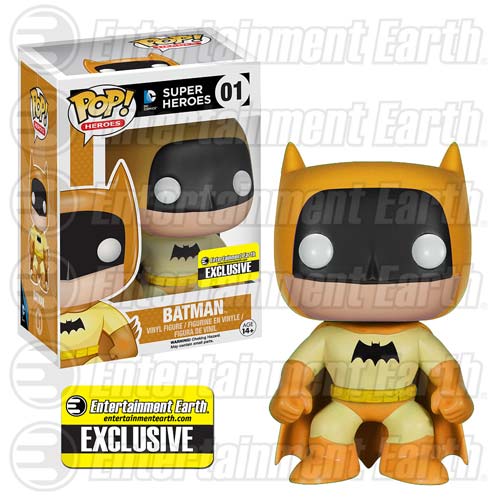 What’s that you say? You need more Batman Pops? Well apparently it is your lucky day because Entertainment Earth just announced their exclusive 75th Anniversary Yellow Rainbow Batman Funko Pop! Vinyl Figure (try saying that fast ten times in a row) that will be released in March. You can pre-order it now for $12.99 plus shipping.

UPDATE: There will be five other coloured rainbow Batman Pops coming to EE in the near future. We’ve heard some cases of collectors successfully asking customer service reps to reserve the whole set of six, so give that a shot!

Will you be adding this to your want list? Just click the image to take you to the item page.