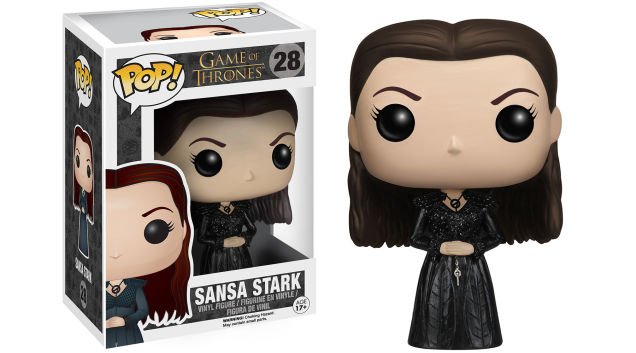 Daenerys is in her Blue Outfit from most of season 4, and is holding the Whip that was given to her when she took control of the Unsullied.

Petyr and Sansa are in the outfit from the end of season 4. I like that they made the mockingbird pin very noticeable on Littlefinger.

Jon and Sam are dressed in training gear, ready for their lessons to become brothers in the Night Watch.