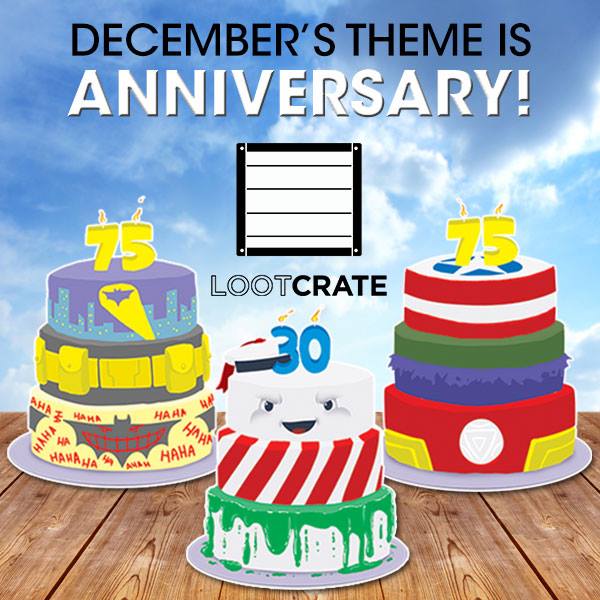 The Loot Crate them for December has been revealed – Anniversaries! With major anniversaries this year for Batman, Marvel, Ghostbusters and more, this month’s Crate is bound to be a good one. Funko has also guaranteed that we’ll see an exclusive Pop! figure! Sign up now with the code SAVE3 and save $3 on your subscription.

This month weâ€™re celebrating a selection of geek and gaming franchises that have had significant anniversaries in 2014 for our December crate! Believe us when we say itâ€™s going to be BIG – as in, literally the BIGGEST crate weâ€™ve ever delivered, size-wise! With a brand NEW, never before-seen Funko POP! Vinyl figure created exclusively for us at Loot Crate, entirely new that you POP! lovers will NOT be able to find anywhere else! With exclusives featuring DC Comics/Batman & Marvel/ Guardians of the Galaxy. We also have an exclusive Ghostbusters collectible, a variant cover comic exclusive to Looters, and epic Tetris and The Simpsons items rounding things out!