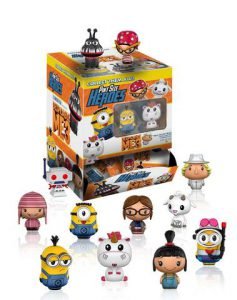 Funko released a bunch of new glam shots for items that were revealed during the London and New York Toy Fairs. First up is Despicable Me 3 with Dorbz, POP!s, Pocket POP! Keychains, and Pint Size Heroes. Gru will have a chase version in both POP and Dorbz form. Look for Dorbz and POP!s in […]

Read More… from Glam Shot Overload!! The Mummy, Westworld, and Despicable Me 3