Day 3 of the reveals of Funko’s exclusive offerings for ECCC is a little bit of a mixed bag of goodies. DC: Bombshell Poison Ivy strikes a pose for Ms. Ivy’s second appearance in the Rock Candy line. A Super Pets 2-pack will see Krypto and Ace be made into Dorbz. This set is limited […] 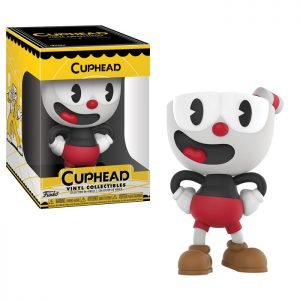 To celebrate the release of the hand-animated video game, Cuphead, Funko has announced a set of vinyl collectibles to coincide with the game! As of November you’ll be able to grab the Cuphead and Mugman 4″ vinyl figures as well as the 6″ Devil figure. Pre-order yours now at:       Funko also announced a surprise […]