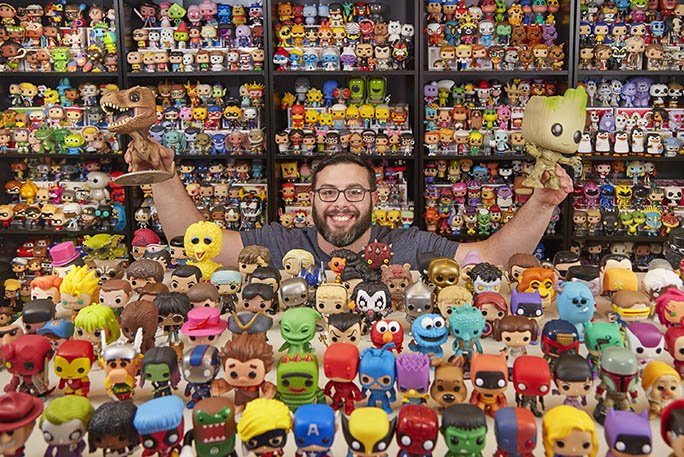 Paul Scardino has always been a big fan of pop culture, with a superhero-sized affinity for all things Marvel Comics.

After being introduced to Funko’s Pop! Civil War 4-pack featuring Hawkeye and Spider-Man in 2017, however, Scardino couldn’t have known just how far his own universe was about to expand. 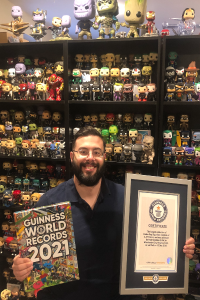 Today, Scardino is the official Guinness World Record holder with the galaxy’s largest Funko collection — as well as the latest addition to the Pop Price Guide family of users.

Scardino is of course managing his vast collection of more than 5,300 unique Funko items on a Showcase here on PPG that you’ll be able to peruse. He’ll also be putting his collection on display via online videos, which we will also share.

“I love Marvel stuff, that’s how it starts,” admits the Cleveland native and Regional Vice President of the National Counseling Group.

Scardino’s collection mostly consists of figures displayed out-of-box and is broken into subsets such as franchise, movie or television season.

Mostly. Higher value items, such as his Pop! Tony the Tiger figures receive special treatment in the jam-packed showroom located within his Virginia home.

“I think Funko Pop!s have become so popular is because they capture the essence of our childhood and our favorite characters,” Scardino said. “And people are willing to do a lot for their characters and stories they love.”