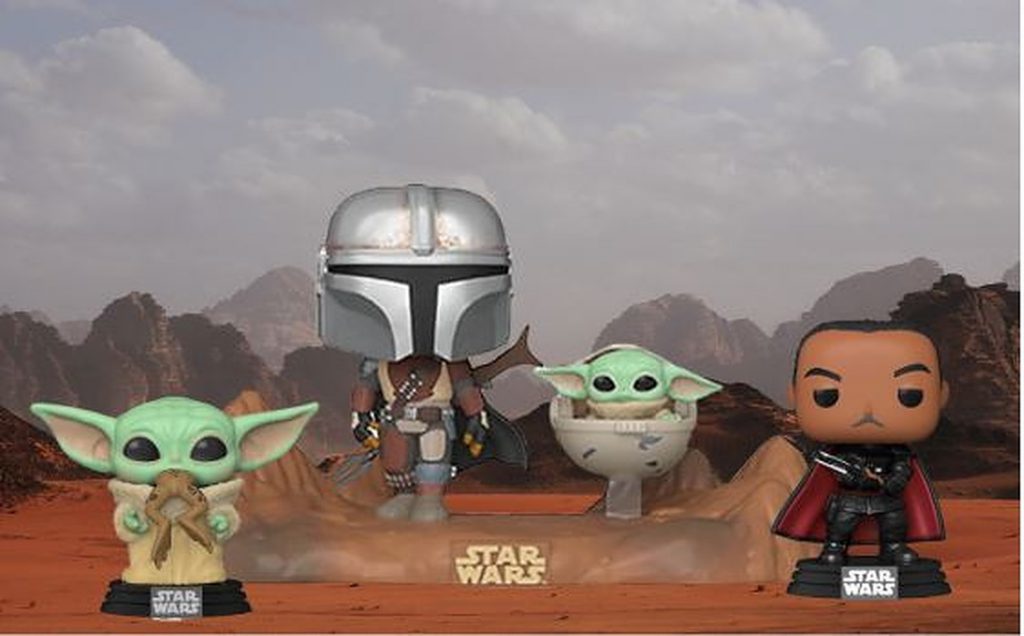 The journey between Dyn Jarren and The Child lives on, this time as part of the latest addition to Funko’s Pop! The Mandalorian collection.

The hit Disney+ series receives five new Pop! Star Wars vinyl figures, including three new iterations of The Child. You’ll find the little green guy with his Cup and Eating a Frog, as well as a Force Wielding Walmart exclusive.

The Child also hops in the space-age bassinet alongside The Mandalorian for an action two-pack.

Rounding out the set is the debut of Giancarlo Esposito’s Moff Gideon.

The Pop! The Mandalorian collection goes on sale in July. But you can pre-order yours today.

2 thoughts on “Funko’s Pop! The Mandalorian: This is the Way”