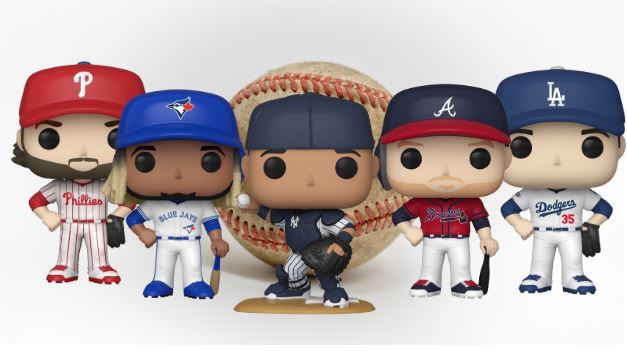 Pitchers and catchers might not report for spring training quite yet, but Funko is already swinging for the fences with the latest addition to its Pop! MLB Baseball collection.

The company takes the field with a full roster of Pop! Vinyl figures, including 17 players making their Funko debut.

Three teams, the New York Yankees (Gleyber Torres and Gary Sanchez), the New York Mets (Pete Alonso and Jacob deGrom) and the Colorado Rockies (Charlie Blackmon and Nolan Arenado) are each represented with a pair of All-Stars.

Rounding out the American League are the likes of Austin Meadows of the Tampa Bay Rays, Xander Bogaerts of the Boston Red Sox and the Houston Astros’ Alex Bregman — that’s in addition to Vladimir Guerrero Jr. of the Toronto Blue Jays and Texas Rangers pitcher Corey Kluber.

Bryce Harper leads things off for the National League, joining the ranks with stars such as Paul Goldschmidt of the St. Louis Cardinals, the Los Angeles Dodgers’ Cody Bellinger and Christian Yelich of the Milwaukee Brewers.

Funko won’t throw out the first pitch on its Pop! MLB Baseball collection until April when these players arrive in stores. You can make a call to the bullpen and pre-order yours today.