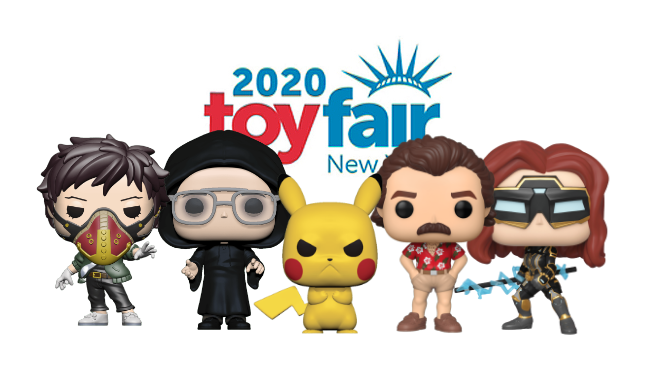 Funko is celebrating this year’s convention, held Feb. 22-25 in the Big Apple, by revealing hundreds of new vinyl figures that we can expect to see later this year.

These figures are not exclusive to the 2020 TFNY and will be offered at your favorite retailers in the near future — have no fear, we’ll tell you as soon as we know.

This is a live blog, so make sure to check back throughout the day for all the latest reveals coming out of the 2020 Toy Fair New York!

Tune back in later for Part 2 of our 2020 Toy Fair New York Reveals where we’ll unveil the likes of Pop! Marvel, Dragon Ball Z, My Hero Academia, Disney/Pixar, Bugs Bunny, Harry Potter and legends from the world of tennis…can you say John McEnroe?