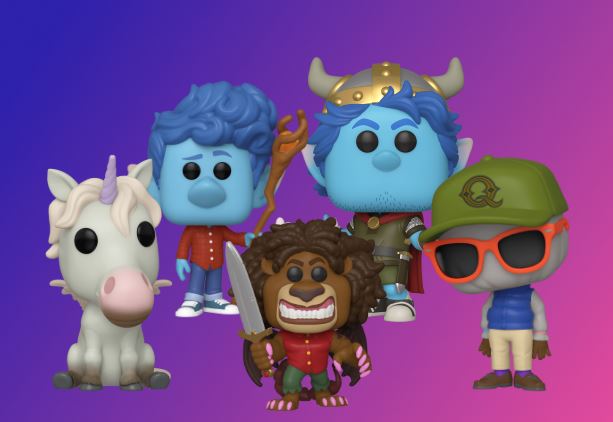 Funko once again opens its palace doors to Disney and Pixar with the introduction of its Pop! Onward collection.

The new set arrives with seven Pop! Vinyl figures dedicated to the upcoming animated film due in theaters on March 6. Funko originally debuted the collection as part of its London Toy Fair reveals, introducing us to the likes of Ian Lightfoot, Wilden Lightfoot and Manticore. That’s in addition to Barley Lightfoot, who also receives a Warrior variant exclusive to Amazon.

Rounding out the set is Unicorn and its Blue Glitter Hot Topic Chase Piece.

The Pop! Onward collection is available now. Order yours here.