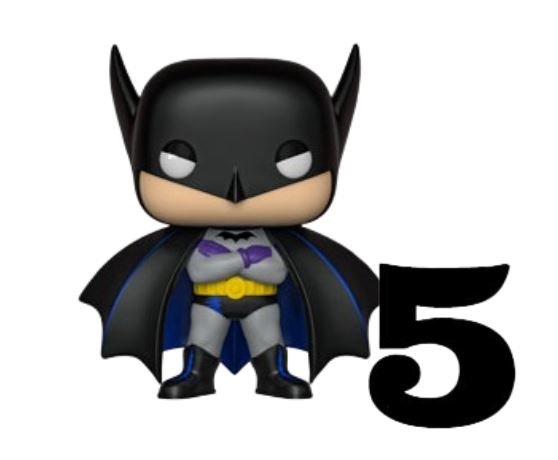 To determine the year’s hottest Pop!s, we deployed an intricate algorithm that was smuggled away from a terrorist data cartel in a van using a well-crafted plan that really came together. And we love it when a plan comes together.

Turns out, the code is simple. We tallied the amount of times an item appears in both users’ collections (OWN) and their wish lists (WANT) within the PPG database. The results are a swath of our favorite Pop!s from Marvel and Star Wars to Disney and more, including our No. 5 Pop! of the year, according to you, the fans and collectors…

Marvel Comics might have dominated the box office of late, but there’s always a place in our hearts for the Dark Knight. Bruce Wayne’s alter ego earned two spots among this year’s 10 most popular vinyl figures with his Batman (First Appearance). The Caped Crusader is the top Pop! Heroes (DC Comics) vinyl of 2019 and is owned by more than 6,000 PPG users and is on the wish list of 400 more.

Visit again tomorrow when we reveal No. 4. Here’s a hint, when she glows…bad things happen to bad guys. Can you guess? Tell us in the comments below.