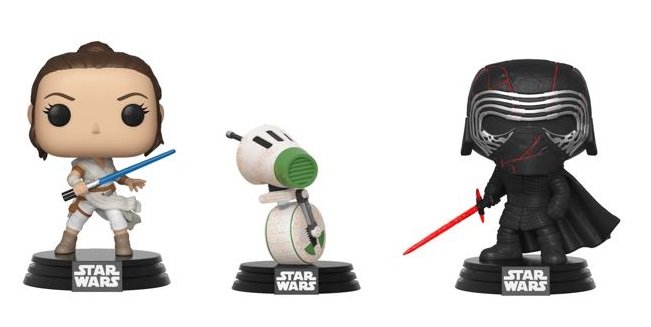 The Force is strong with Funko’s latest voyage into that galaxy far, far away with the release of its Pop! Star Wars: The Rise of Skywalker collection.

The new set arrives via hyperspace with 15 new Pop! vinyl figures — led by the likes of familiar faces such as Rey, Finn and BB-8.

Also included in the new release are a dozen Star Wars: The Rise of Skywalker Mystery Minis.

The Pop! Star Wars: The Rise of Skywalker collection is one of three recent announcements by Funko delving into the Star Wars universe, including new Pop! figures for The Mandalorian and Pop! Games Star Wars: Fallen Hero. Read about them here.

Check back soon for pre-order links.

May the Force be with you.