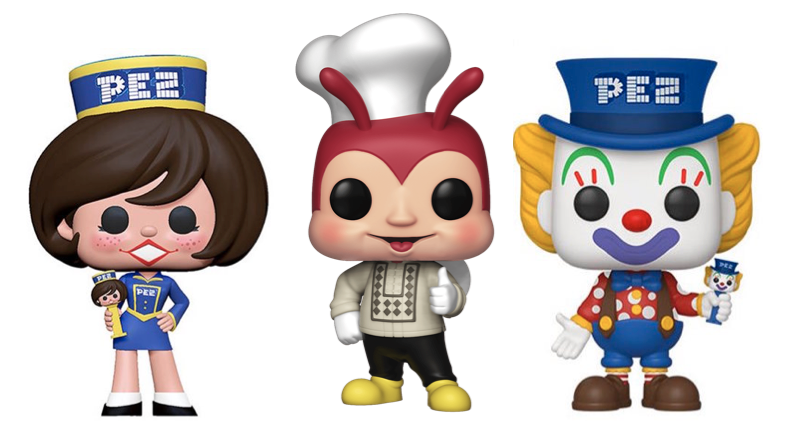 Funko grabs our attention with the introduction of several new additions to its line of Pop! Ad Icons.

Who wants a PEZ? Funko has enlisted Peter PEZ (Blue Hat), Mimic the Monkey and PEZ Girl to sling their iconic candy.

Funko then heads overseas, once again, with its fifth Jollibee Pop! figure.  This time the indelible Philippine mascot throws back on his Philippine Barong for a Glow in the Dark iteration. He’ll be available throughout August via Hobbiestock Collectibles.

The Pop! Ad Icons PEZ collection will be arrive in stores in October, but you can pre-order yours today.