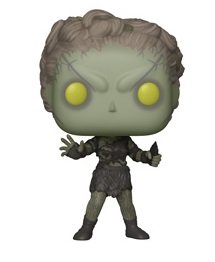 Funko isn’t waiting until next spring to return us to Westeros, courtesy of the latest addition to its Pop! Game of Thrones collection.

Bran Stark gets an updated look in the form of the Three-Eyed Raven as part of the series dedicated to the hit HBO drama. Lord Varys, Gendry and Yara Greyjoy join Stark in the seven-figure set. That’s in addition to creator George R. Martin’s Funko debut and a Children of the Forest figure with a metallic, HBO Shop exclusive.

You can’t go beyond the wall to get your Pop! Game of Thrones vinyl figures until November, but you can send a raven and preorder yours today.