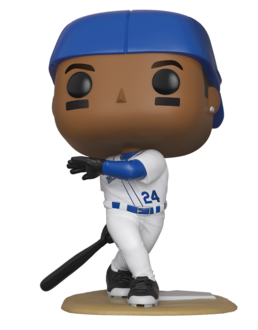 If you take yourself out to the ballgame this weekend, you could find yourself sliding back into home later with a new Pop! Ken Griffey Jr. vinyl figure.

The first 20,000 fans to squeeze between the turnstiles for the game between the Mariners and Texas Rangers will receive one of three Griffey vinyl figures, including a Traditional and Rookie version limited to 18,976 and 1,000 pieces, respectively.

Two-dozen lucky fans will score an All-Bronze rendition of the hall of fame center fielder.

One thought on “Funko Steps To The Plate With Pop! Ken Griffey Jr.”