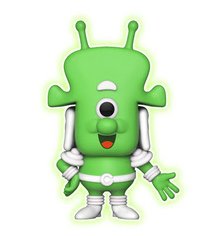 The captain takes on a one-eyed, glow-in-the-dark, Cozmic form in a vinyl figure exclusive to Funko Shop.

Unfortunately, Cozmic Cap’n Crunch was popular among the collectors and the breakfast crowd — and subsequently sold out rather quickly.