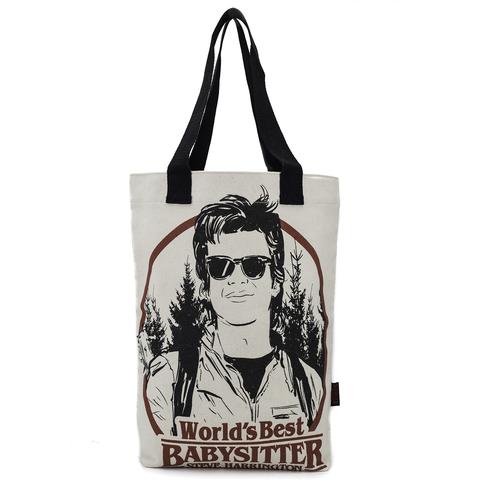 School might be wrapping up for the year, but Funko is already thinking towards the fall and sending you back looking great with it’s new line of Loungefly bags.

The company will add to its Loungefly collection this summer with a nod towards Star Wars, Stranger Things and Cuphead.

Funko goes to a galaxy far, far away for its Porg Mini Backpack, which is limited to 500 items and also available at ThinkGeek during the weekend of the San Diego Comic-Con (July 19-22). Entertainment Earth’s Jabba’s Palace Backpack and Pouch will be harder to get with a limited run of 400 pieces.

The same goes for the Cuphead backpack and pouch set (300 made), which can be found via GameStop.

Lastly, not much tops the Stranger Things Babysitter Steve Canvas tote. Only 500 of them have been made. They’ll be exclusively available at Loungefly’s San Diego Comic-Con booth (No. 5346).

It may not be a SDCC reveal, but Funko has also announced a line of Pop: Pens – Riverdale. Throw Archie and Jughead into one of your new backpacks this fall.