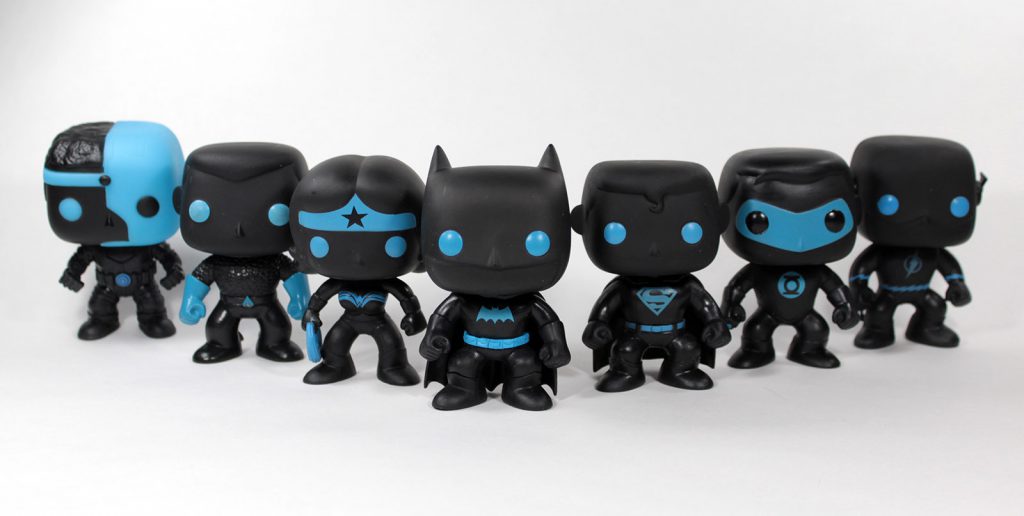 Back in October, when Entertainment Earth announced their exclusive Justice League silhouette Pops, the series was met with mixed feelings. The silhouette images of the Justice League have always been iconic, but would they translate well in 3-D form? I admit, I was on the fence about them and figured I’d either love them or hate them. Now that they’re in hand, I love them! These Pops are definitely best for out of box collectors, as they make a super cool display freed from their cardboard prisons and lined up together.

In terms of the glow-in-the-dark feature, I did find it a bit odd that they all glow in green, while Cyborg glows in blue. With minimal areas glowing, it doesn’t create a blinding display in the dark, though the character symbols are admittedly super cool in glow phase. And Cyborg…that dude SHINES. The blue glow of the left half of his cranium is enough to light up the area around him, as is evident in the images below.

And speaking of images, let’s just get on with that and let you enjoy them! When you’re done and if you like what you see, these are in stock at Entertainment Earth!