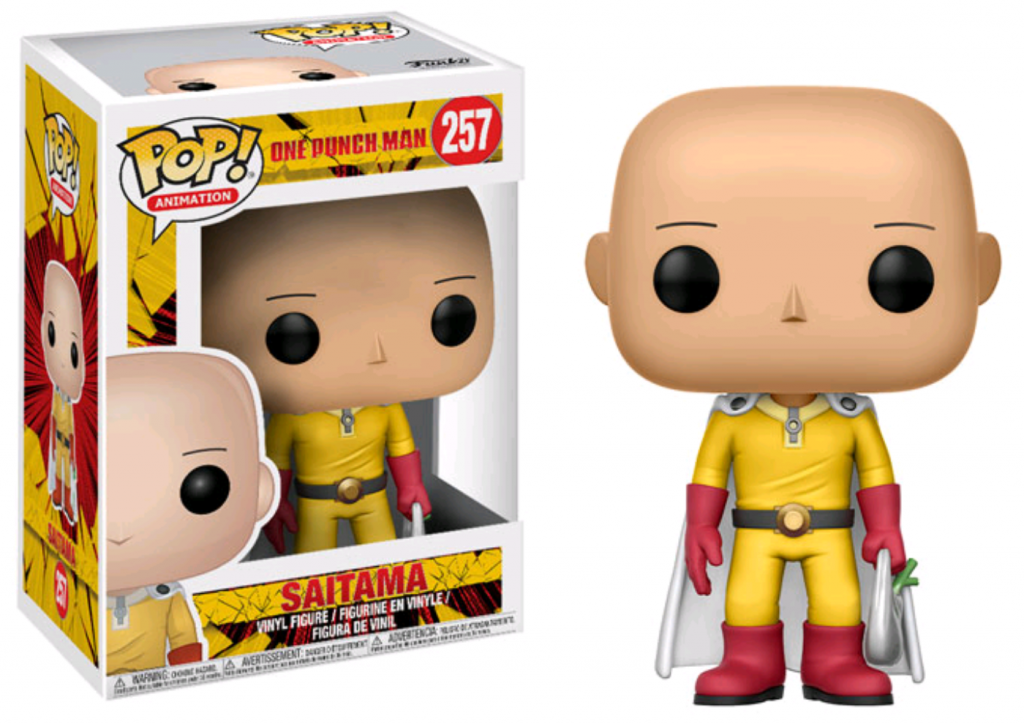 The hit anime series One Punch Man, recently dubbed for American television, has finally made its way to the Funko Pop scene.  Hardcore manga readers will remember this as a webcomic, which garnered so much attention it was quickly turned into an animated series.  The story’s protagonist, Saitama, (whom looks nothing like your normal super hero) battles his way through a constant barrage of enemies, depressed that he can defeat them all with ease – or in this case – one punch.  Stay tuned as Saitama and as well as additional characters will be released summer 2017.

One thought on “One Punch Man finally makes his debut”