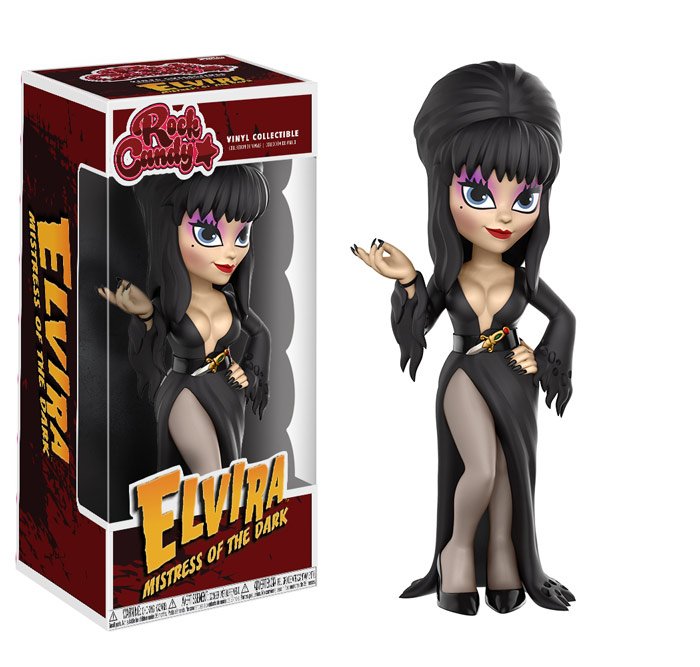 Mimicking the direction of the Sci-Fi Classics, Funko has announced the first series of Horror Pint Size Heroes, a line offering many (10) of the same characters we’ve seen in the Horror Mystery Minis line. Series 1 will include Stripe from Gremlins, Carrie, Jason Voorhees, Chucky, Pinhead, Beetlejuice, Pennywise, Michael Myers, Elvira, Freddy Krueger, Cthulhu, and what I can only assume to be Krampus (correct me if I’m wrong). Also on the way is the debut of the lovely Elvira in the Rock Candy line. This 5″ vinyl and the Horror Pint Size Heroes are due in August.