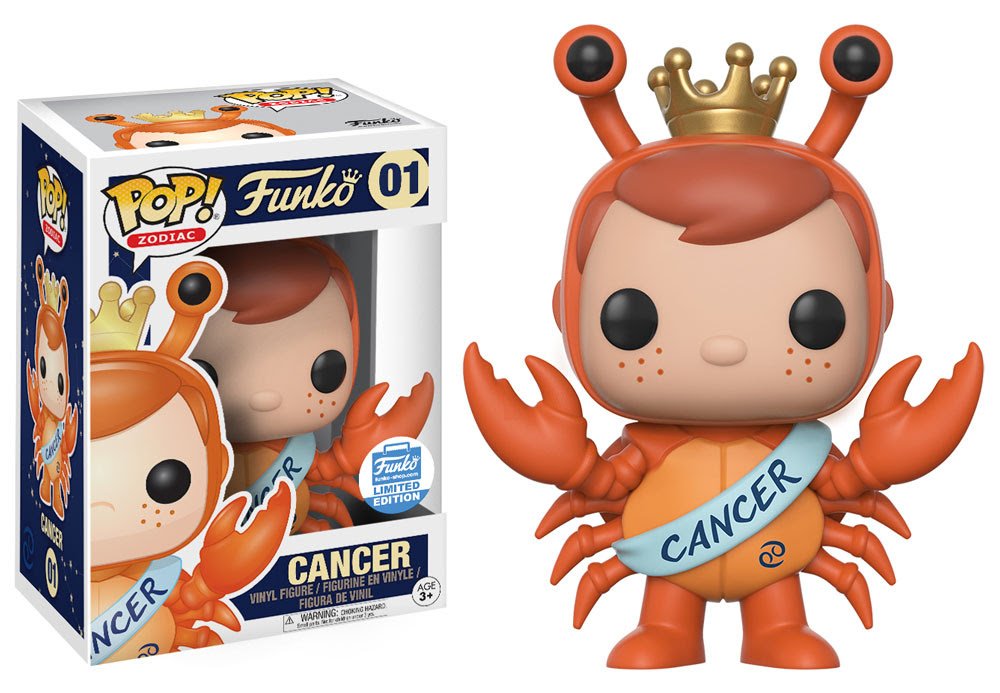 Do you collect Pops? Do you believe the alignment of the stars on the day you were born influences your traits and personality? Then today’s announcement is for you! Funko has announced Cancer Freddy Funko, the first in a series of Pops based on the signs of the Zodiac. One can assume we’ll see a new sign each month for the next 11 months, and that we don’t get another McFarlane situation (where four Zodiac figures were released, then the line was cancelled…ugh). This Freddy is $15 and is an open-ended limited edition.