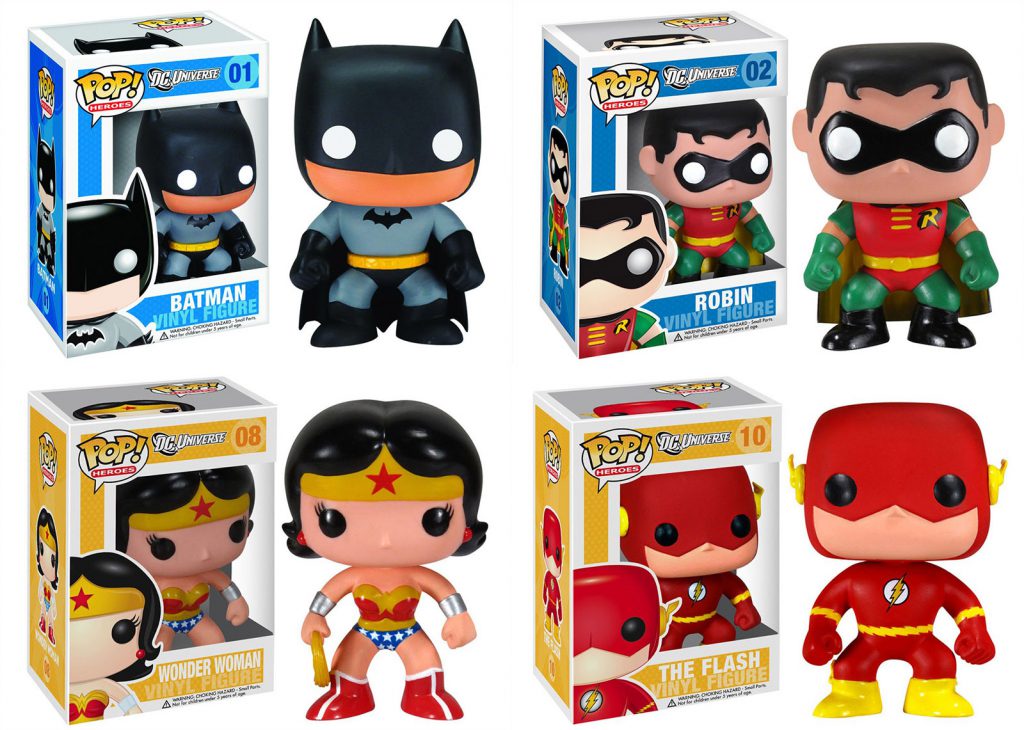 After several suggestions, a long period of discussion, and some analysis, we have decided to split out the four Pop Heroes who have both DC Super Heroes and DC Universe boxes – Batman, Robin, Wonder Woman, and The Flash. History has been split out between the two in the best manner possible. This was always going to be a difficult one, because some sellers might use the stock DC Universe photos when they’re really selling the DC Super Heroes versions. Because of this, we will only include verifiable entries into the DC Universe listings. By this we mean that the picture must not be a stock photo and/or there has to be some mention of it being the DC Universe box (“Original”).