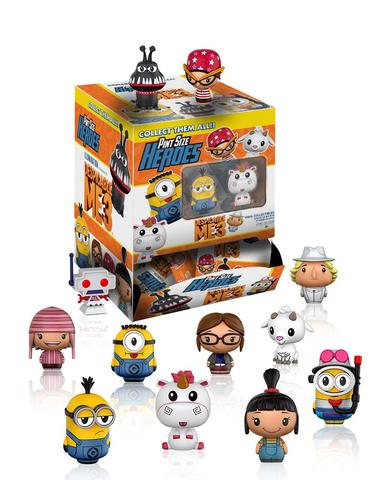 Funko released a bunch of new glam shots for items that were revealed during the London and New York Toy Fairs.

First up is Despicable Me 3 with Dorbz, POP!s, Pocket POP! Keychains, and Pint Size Heroes. Gru will have a chase version in both POP and Dorbz form. Look for Dorbz and POP!s in April, and the Pint Size Heroes will be available in May.

Also coming in April will be 3 POP! figures for the Universal Monsters movie remake: The Mummy.

3 thoughts on “Glam Shot Overload!! The Mummy, Westworld, and Despicable Me 3”