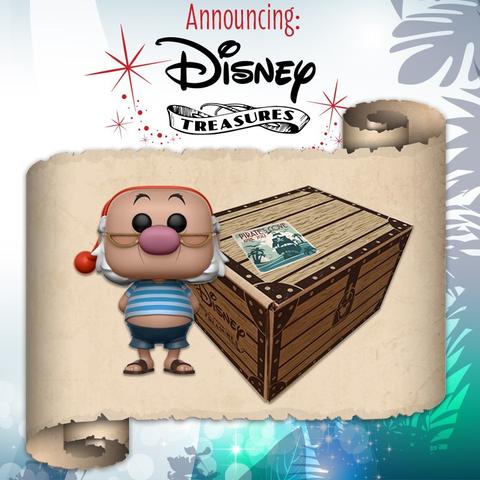 Funko have finally released details on their upcoming bi-monthly Disney themed subscription box! The first news came courtesy of their blog post where you can sign up to be notified when the first box becomes available! Named “Disney Treasures” the service will ship a themed box every two months similarly to Funko’s other subscription boxes; Smuggler’s Bounty, Marvel Collector Corps and Legion of Collectors.

The introductory box will have the “Pirates Cove” theme and include a Mr. Smee Pop from Peter Pan! What else do you think will be included? Be sure to let us know in the comments!