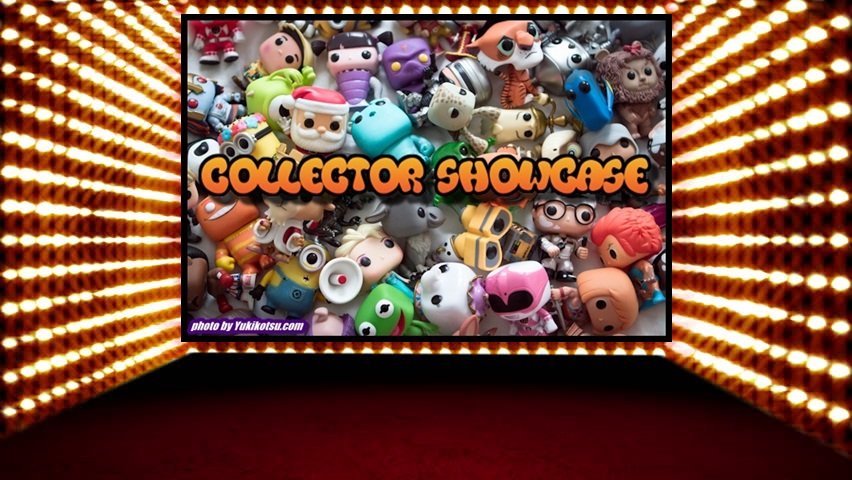 Hi, I’m Peter aka Norm, I’m from Queensland Australia and I’ve been collecting for about 2 years and absolutely *love* pop vinyls. So much so it has taken over as my main hobby from video game collecting. I have been lucky enough to get 99% of the ones I want, for cheap and am only missing about 6 that I will never get to own due to cost. I am also a percussionist and my other hobbies include Movies, comix and gaming. I also help admin Australia’s largest Pop Vinyl group Funko-con 24/7. I also run 2 pop culture facebook pages called Geek Country and Stuff That Fascinates Us.

I started collecting Pop! Vinyls because of The Walking Dead, so one of them. More specifically, I don’t remember.


3. How many Funko collectibles do you own?

About 300, which is mostly Pops, except for 4 Vinyl Idolz (the 3 Walking Dead and Patrick Bateman) and 2 Keyrings.

4. Do you have a favorite line Or a line you would like to see?

My favourite is TWD, but after that it’s like picking a favourite child, it can’t be done. And ones I want to see are Mostly BBC related. I’d *love* The Goodies, Bananaman and Danger Mouse, but also Inspector Gadget. Plus with these Titanfall Pops!, I’d love to see the Voltron Lions, that could actually form voltron, or a proper Hulkbuster done similarly.


5. What are your favorite Top 5 “must own” items in your collection?

Must own are my Walking Deads, Metallic Dr. Doom, Snoopy, Dark Knight Jokers and Patina Cthulhu just because it looks like a relic straight out of a H.P. Lovecraft story. Oh and I know you said 5 but also the custom of myself I got through a birthday group. It’s spot on.

My daughter used to collect as well, and one day she decided she was too old for them and gave me the 30 she had at the time, which included Ace Ventura, The Wizard of Oz set and The Mayor. I was then able to swap The Mayor, OOB, for the Dr. Doom, Ghostbusters 3 pack and Dr. Who with Handles. It was used in a birthday group and gave a lot of joy to the person that received it. I didn’t do it for free, but I still liked knowing I helped someone get a grail.


7. What line are you most excited about that is yet to be released?


I did hear on the grapevine that a Metallica and Married with children set are coming, so I’m super excited for those.

I *have* to have all the commons with certain sets like TWD, except in cases where the variant is is more than just a repaint like headless Hershel and Zombie Merle, but most of them are just ones I want. Any variants are just lucky finds, but not my main aim and I don’t care much about stickers. *However* ones where a repaint better suits the pop, like the patina Cthulhu and like Dr. Doom…I had to have the metallic one, because he is.

I have 2 places I like:
FUNKO-CON 24/7 – Funko Collectibles Buy/Sell/Swap (Australia/New Zealand)
https://www.facebook.com/groups/Aussiepoptrader/

Yeah I’m a console collector, been collecting games for over a decade now.


My design skills are weak so I’ll just say that I’d love more He-Man Pops! They started with a weird set and can’t for the life of me figure out why we got Spikor and didn’t get the big ones like Trap Jaw or Beast Man. Plus I’d love Battle Cat and Panthor rides.


Anything Frozen, because I’m not a little girl. lol


13. Any advice for new collectors OR Something you wish you knew when you started collecting? Words of wisdom?

I wish I knew about the limited releases when I first started. I was collecting for about 6 months before joining any FB groups, and it wasn’t until joining that I found out, and now about half a dozen are probably in my grail list forever because of pricing. Also because of that, I’d hate to be just starting now, there would be too many I’d never be able to own. I couldn’t justify the prices. So I guess my advice is be prepared to pay big money, but to always shop around, because bargains can happen and happy hunting!

Send us a message at admin@poppriceguide.com OR on Facebook at POP Price Guide and make sure to mention the “Collector Showcase”. Show us your Pop pics and Fun with Funko on our Instagram @poppriceguide anytime!

5 thoughts on “Collector Showcase with Norm”