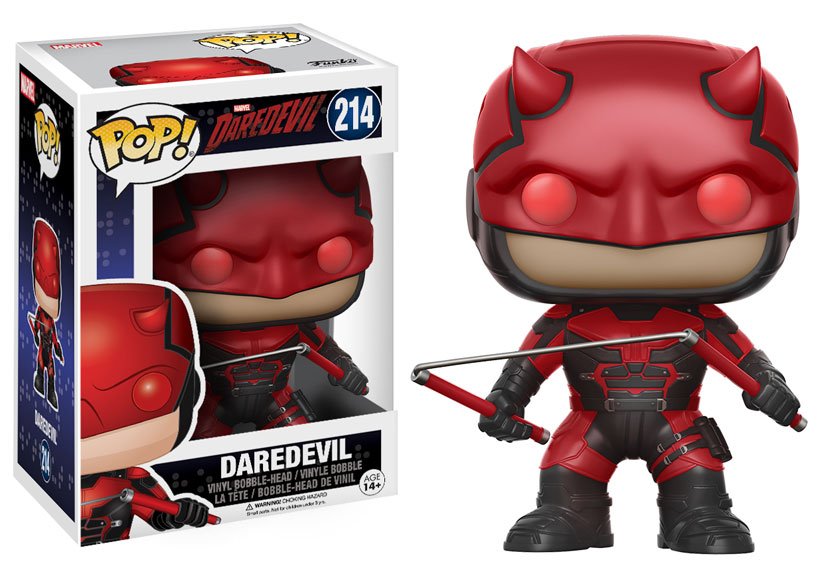 Funko have announced a new set of Marvel’s Daredevil Pops! The second wave from the hit Netflix show includes a new Daredevil Pop, Elektra and The Punisher! There will also be a Punisher chase variant which is not surprising given the characters popularity during the second season of the show. Check them out below!