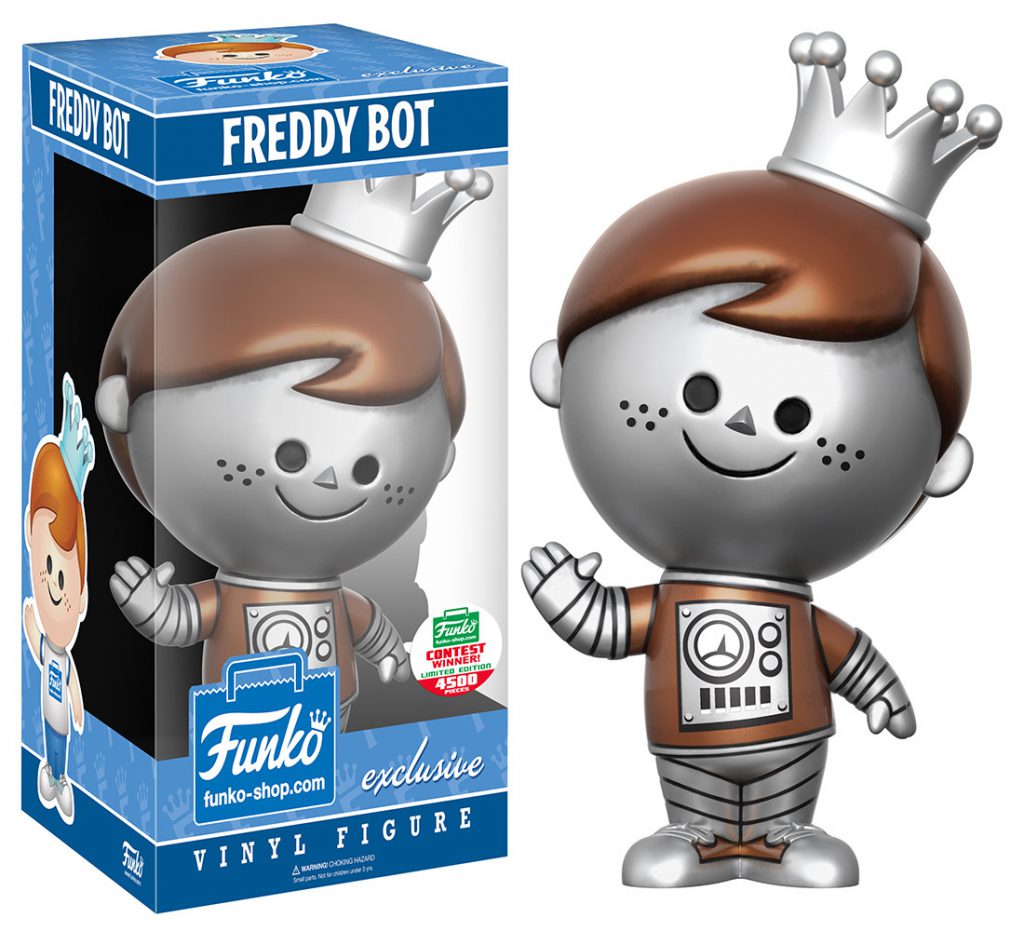 We’re half way done with Funko’s 12 days of Christmas! It’s day six, and today’s announcement is the Retro Freddy Bot 6″ Vinyl Figure. From Funko, “Back in August, we asked fans to vote on their favorite Freddy that had been customized by various Funko artists and staff members – and here’s the winner! Freddy Bot was designed by Funko’s Philip Branesky. This Freddy is extra special as 100% of the proceeds will go to a member of the Funko family who has been stricken with cancer. The Freddy Bot Vinyl Figure is a Funko-Shop.com exclusive and is a limited edition of 4,500 pieces.”