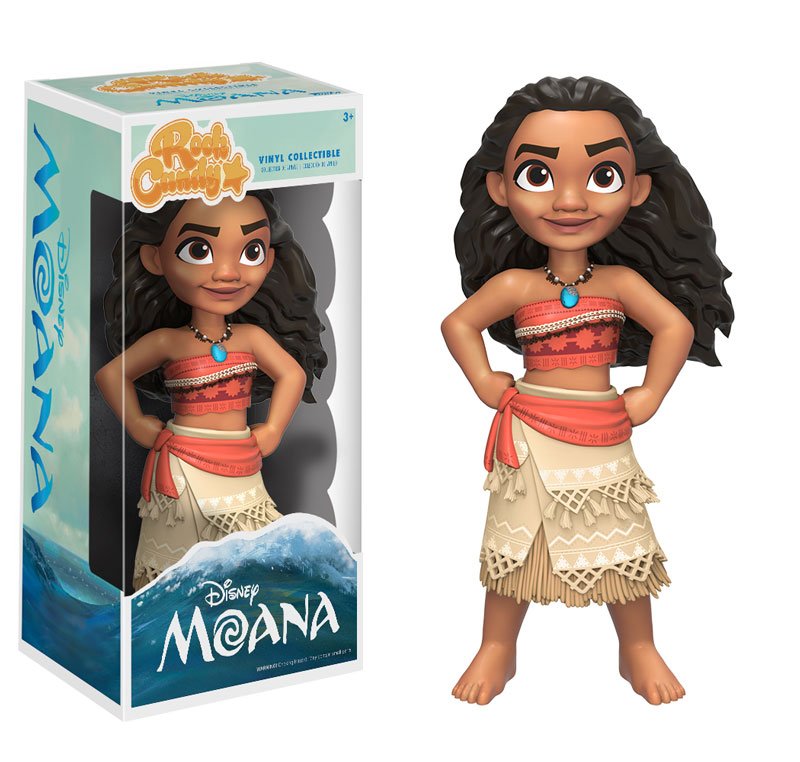 Disney’s Moana will be available in Across Funko’s many Vinyl lines. So whether you are a fan of POP!, Dorbz, Rock Candy, or Mystery Minis, there is something for you from Disney’s latest animated feature film.

The POP!s include 6 versions of Moana and 2 of Maui. Maui will come in a standard issue and a Books-A-Million exclusive with a different pose.

Moana will be available in both as Young and Normal. Young Moana comes in either standing or sitting (Hot Topic Exclusive).

Moana comes at her normal age in the film in 4 variants. Standard version will include her pet pig. Target and Walmart will each have an exclusive version of Moana with her spear, The Walmart version will also feature her “Voyager” outfit. And finally a 2-pack of Moana and Kakamora.

Moana and Maui will also be available as POP! Pocket Keychains.

If you are a fan of the Dorbz line then you can look forward to 4 new items for collection. Maui and Moana will be standard release. Voyager Moana will be a Hot Topic exclusive. And the Dorbz Ride featuring Moana and Hei Hei (her pet rooster) on a Catamaran will be exclusive to GameStop (EB Games in Canada).

Finishing off the Vinyl products from Funko for Moana are a set of Mystery Minis and the first Disney Rock Candy figure. Moana herself will be the first Disney princess to join Barbie and the DC women in 5″ Vinyl goodness.