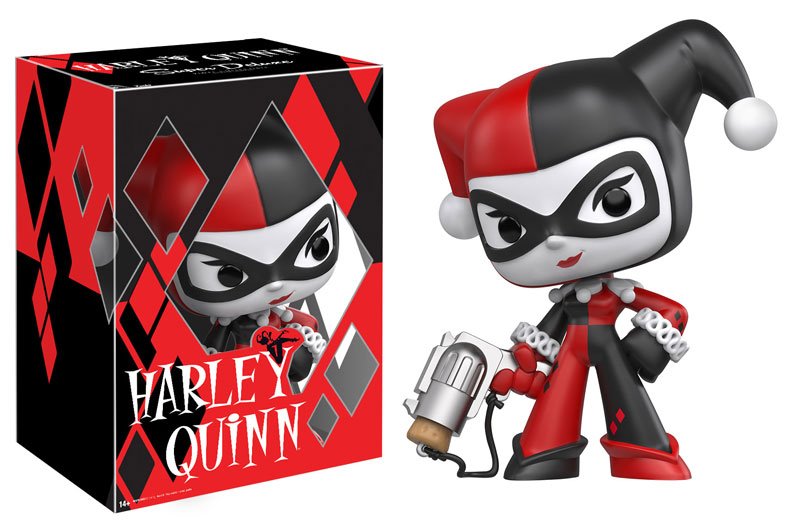 A new figure is coming to the Super Deluxe Vinyl line, and it’s the first that doesn’t come from the Marvel Universe. Harley Quinn will join the line in October, with a price tag of $79.99. Also coming from Funko are new 16″ Mega Pop Plush from Nightmare Before Christmas and DC Comics. Available in October will be Jack Skellington, Sally, Santa Jack, Batman and Harley Quinn. You can preorder Harley and the Mega Pop Plush at Entertainment Earth.