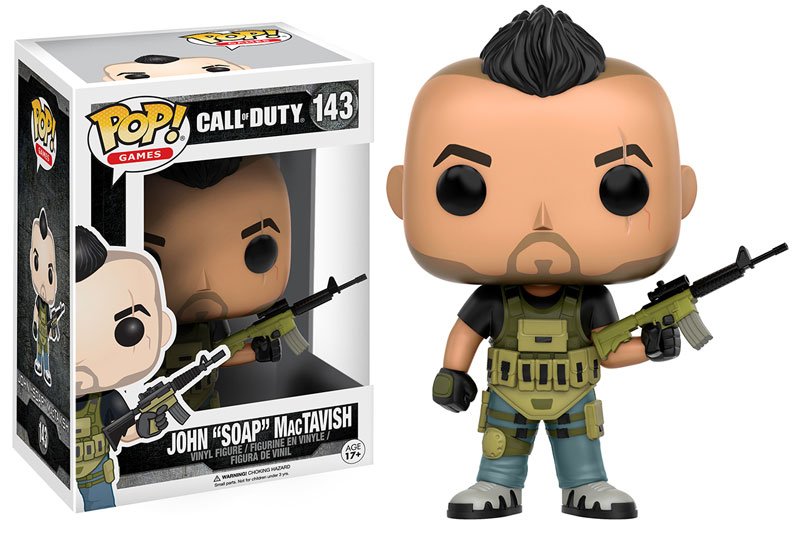 While the Gamestop exclusive Monkey Bomb Pop was announced a while back, Funko has revealed more Pops from Call of Duty. This series is due in November and features John “Soap” MacTavish, Riley, All Ghillied Up, Juggernaut, and the Target exclusive Spaceland Zombie. Look out for these in November and you can preorder them from Entertainment Earth now.

One thought on “More Call of Duty to Join Pop! Games Line”