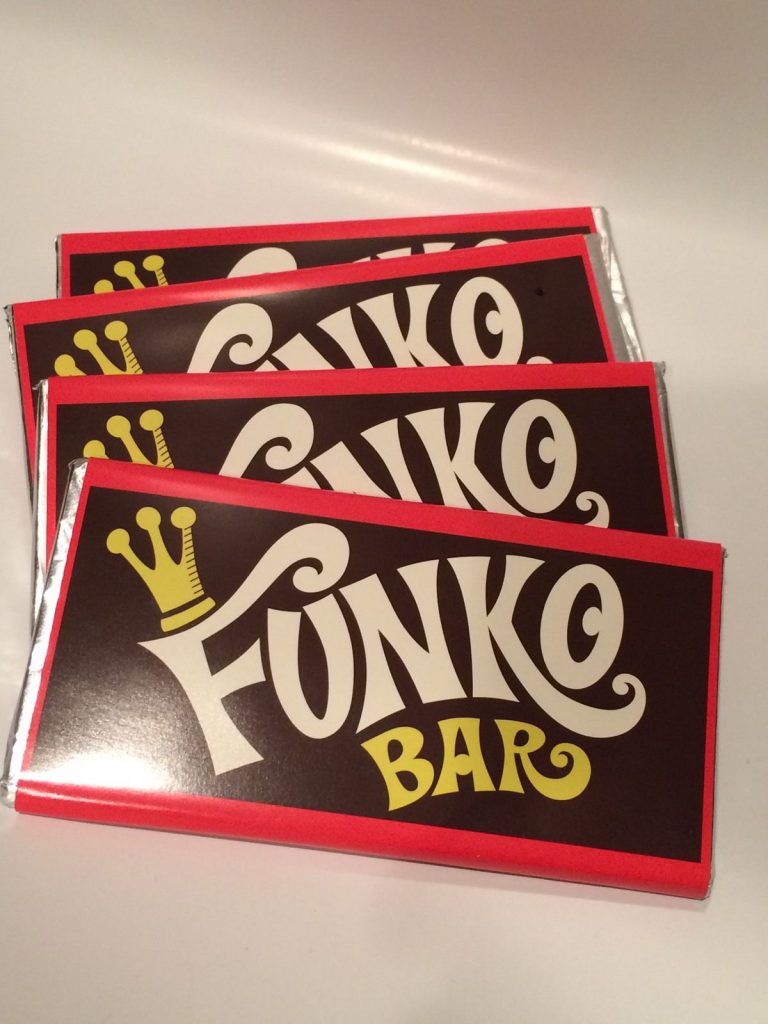 Those fortunate enough to attend Funko’s Annual Fundays event during SDCC this year had an amazing opportunity to open a chocolate Funko Bar to look for a Golden Ticket! The announcement was made by Oompa Loompa’s singing a Funko song to the tune of the original tune from the classic movie.  The 4 Golden Ticket Winners each received one of 10  Limited Edition Golden Willy Wonka and Oompa Loompa Pop 2 Packs AND were invited to the factory for a guided Tour and a look behind the scenes!

The Golden Tickets read: Funko’s Golden Ticket Greetings to you the lucky winner of this Golden Ticket,From Mr. Brian Mariotti Present this Ticket at the Factory gates at Ten O’Clock in the Evening of the Twenty Second Day of July and do not be late. You may bring with you one member of your own Family…and only one…but no one else…In your wildest dreams you could not imagine the marvelous SURPRISES that await YOU!!

Congrats to ConquestComics and the other winners as well as everyone in attendance! Fundays is always quite an event but this Willy Wonka inspired giveaway has to be one of the coolest contests EVER! Most of us will never have the chance to get a peek behind the curtain at Funko Headquarters so it’s cool that Original Funko took the time to put this video together. https://www.youtube.com/watch?v=kFPuSe6GDGo

Special thanks to EBay seller stl_ben for letting us share your Funko Bar photos!