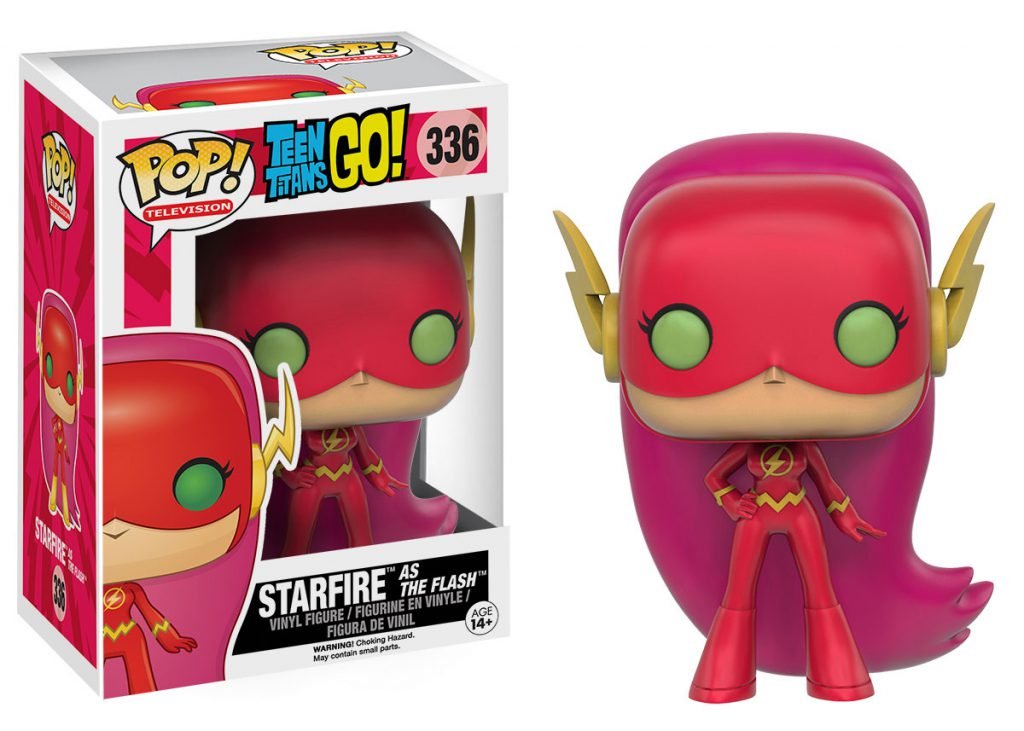 UPDATE: Funko just shared a blog post on the Legion of Collectors site stating that the Toys R Us exclusive Teen Titans GO! Pops will be available in July .

You may have seen the Periscope livestream that Funko held on Thursday night showcasing some upcoming exclusives! If you missed it, here’s a recap of what was shown.

Starfire as The Flash, Raven as Wonder Woman and Robin as Batman – Toys R Us exclusives

Glow in the Dark My Little Pony Pops

Rick with Portal Gun (from Rick and Morty)

Funko also previewed a few of the latest Arrow/The Flash Pops and the back of the boxes gave us our first look at a six inch Grodd and Malcolm Merlin.