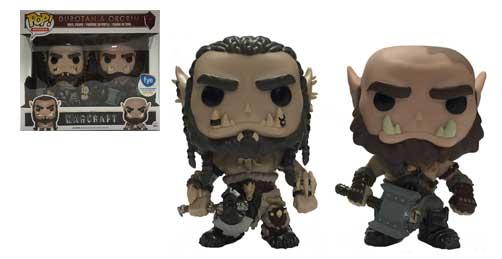 FYE have listed an exclusive Warcraft two-pack of Pops that contains Durotan and Orgrim. It’s available to pre-order now with an expected release of April 22nd.

If you missed it, Funko announced their line of Pops for the upcoming Warcraft movie a few weeks back. The figures in this two-pack don’t seem to be variants of the regular figures, just both in one handy box!