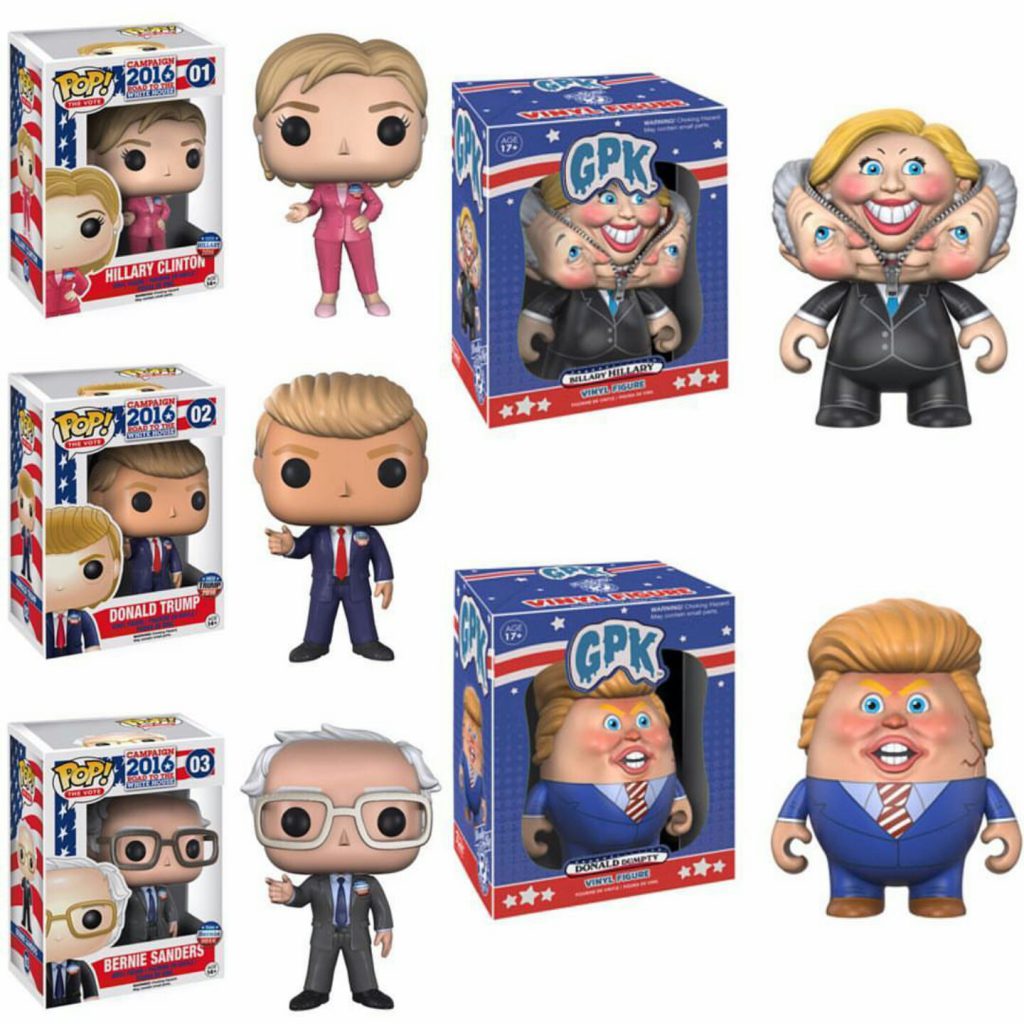 Funko have announced some presidential candidate Pops and Garbage Pail Kids that are due to be released in June. The Pops, which will be part of the new line ‘Pop! The Vote’ will consist of Bernie Sanders, Hilary Clinton and Donald Trump. The latter two will also be available as Garbage Pail Kids Vinyl figures.