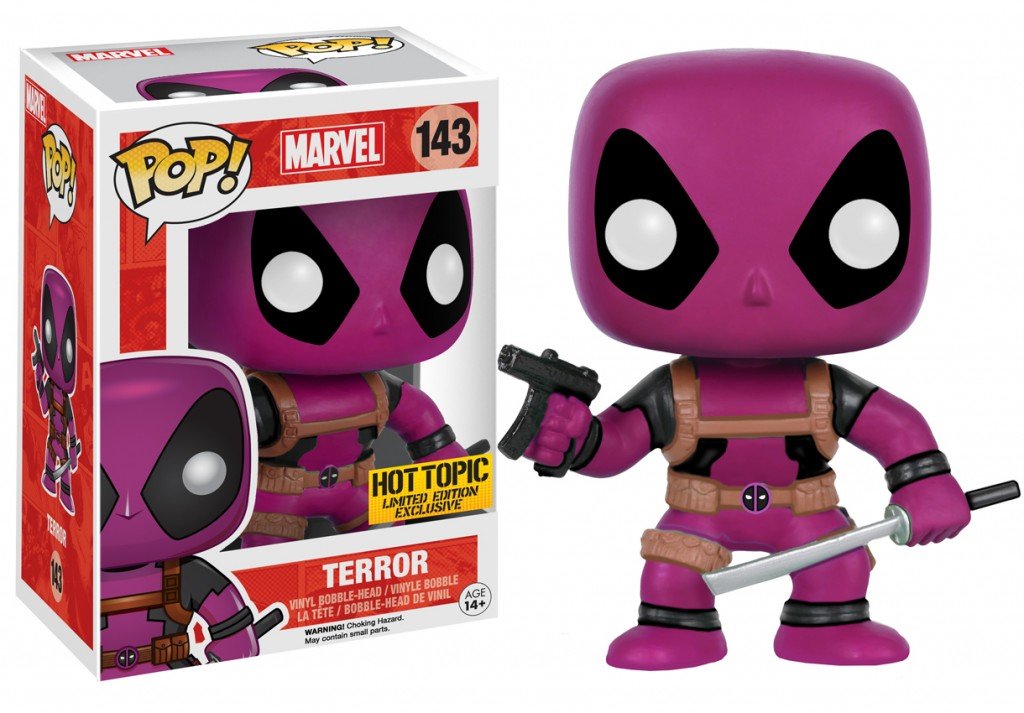 Update: Here are some official glams of the Pops

Hot Topic held a Periscope stream last night detailing an upcoming set of three ‘mystery’ Deadpool Pops. They will be available in stores on Thursday March 10th and online at around 9.30p.m (PST) on Wednesday March 9th. The set includes three colour variants of the original Deadpool Pop! representing characters from the current run of Deadpool comics; Green (Solo), Blue (Foolkiller) and Purple (Terror). There is a one in 8 chance of finding the purple Terror Pop!, so he will be slightly harder to find.

If you aren’t familiar with the mystery Pops from Black Friday, basically each Pop! box is inside another outer box so you are unable to see which character you’re getting.

Will you be grabbing any of these from your local Hot Topic next Thursday? Let us know in the comments!