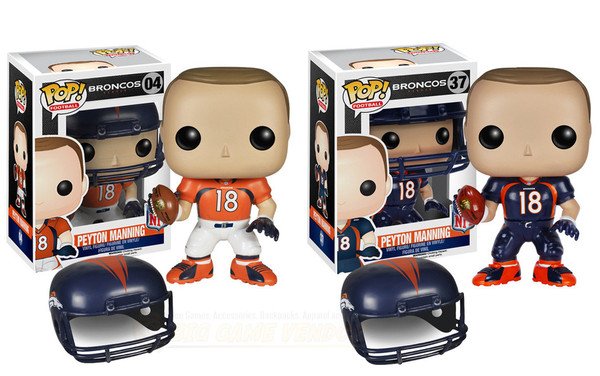 As you may have heard, Peyton Manning of the Denver Bronco’s announced his retirement from the NFL recently. If you were looking to grab him in Pop form before they become hard to find, you may be interested in a current promotion over at Big Game Vendor. They have both of his Pops (from Series 1 & Series 2) for $17.99, with free shipping anywhere in the United States. We have heard that Funko have no more of either figure left at their warehouse, so you may want to grab these while you can if you’re a fan!