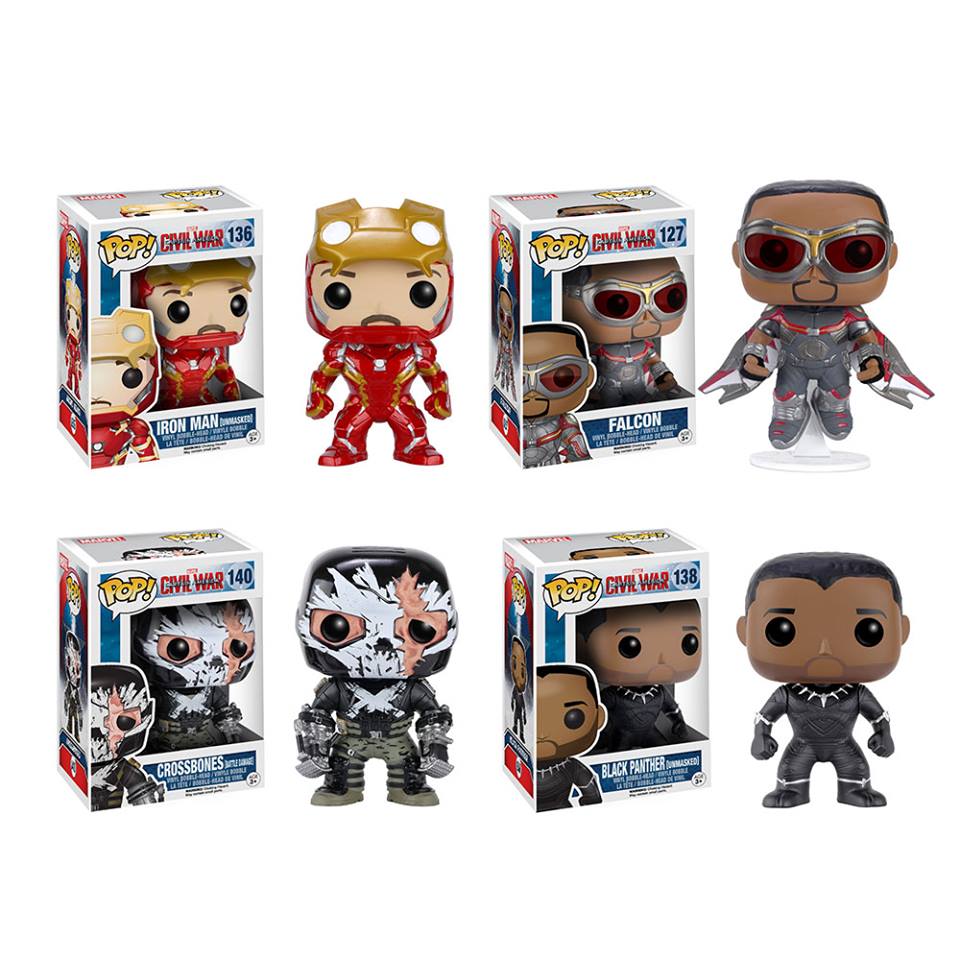 Funko has unleashed a slew of items from the upcoming Marvel blockbuster, Captain America: Civil War, including Pops (both standard and exclusive) and a series of Dorbz.

Update: Entertainment Earth now has these up for preorder, and they also have Mystery Minis and a Pop Tee listed!

For starters, the regular release line will include Captain America, Iron Man (in what I believe is his Mark XLVI armor), War Machine, Black Panther, Black Widow, Scarlet Witch, Agent 13, Winter Soldier, and Crossbones.  For the exclusives…make sure you fill up the gas tank, because there are exclusives aplenty.  Barnes & Noble will have an unmasked Crossbones, Gamestop will offer an "Action Pose" Captain America, Hot Topic will feature an unmasked Iron Man and the first Falcon Pop, Target will treat us to a Battle Damaged Crossbones, and Walgreen's closes us out with an unmasked Black Panther.

In addition to Pops galore, the Dorbz line will see its Civil War additions as well.  The series includes Captain America, Iron Man, Black Widow, Black Panther, Vision (the only Dorbz to not be in the Pop line, I might add), Winter Soldier, Falcon, and Crossbones.

16 thoughts on “An Explosion of Captain America: Civil War Pops and Dorbz”