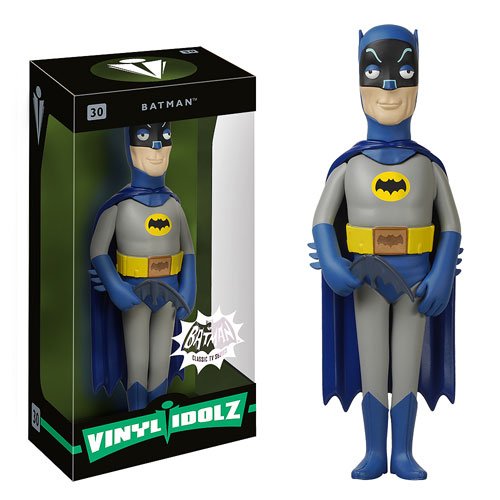 Funko has announced what is probably the coolest Vinyl Idolz line to date, four figures from the classic 60s Batman TV show. This series will include Batman, Robin, The Joker, and Batgirl, the latter of which is a nice surprise given that Funko likes to mirror character selections across lines, and Batgirl shakes things up between after the Pop Catwoman. These are up for preorder at Entertainment Earth and are due in November.