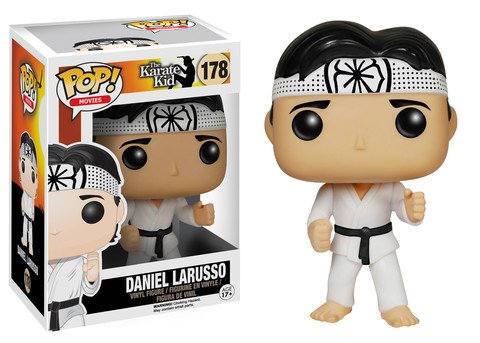 Not too long ago, some images surfaced of upcoming Karate Kid Pops in “Pop! Television” boxes. Funko has corrected this error for the official glam shots, which we now have to show off. The first (and hopefully not only) series based on the 1985 movie will feature Daniel Larusso, Mr. Miyagi and Johnny Lawrence. These are now up for preorder at Entertainment Earth with a July release date.