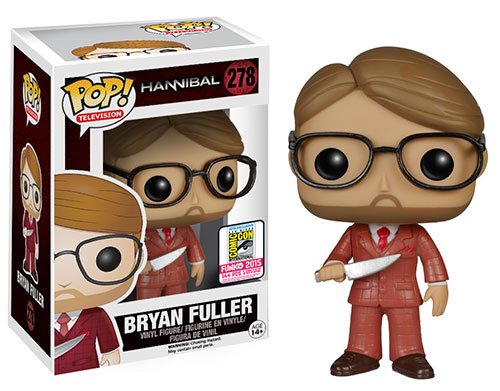 It is time for some more San Diego Comic Con exclusives!

First up is this very limited Bryan Fuller (the man behind the Hannibal TV show) Pop! figure. there will be 144 of these available and here’s some info from Funko’s website:

This Pop! comes in a run of 144 pieces and will be available
during his signing at the Funko booth on Friday, July 10th at 2 p.m.!
The line for our Bryan Fuller signing will not begin to form before 1 p.m. and we will only sell Bryan Fuller Pop!s during the signing.
The Bryan Fuller Pop! will cost $15 and you will not be able to purchase other Funko items during this time!
You are welcome to bring other Hannibal Pop!s to be signed, too!