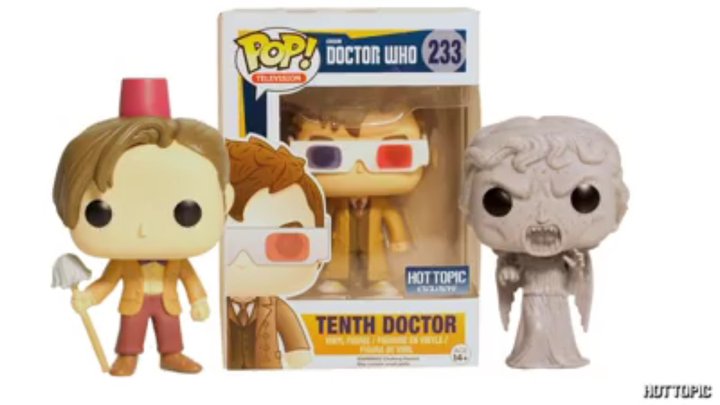 Hot Topic just released a video on their Facebook page featuring an interview with Funko CEO, Brian Mariotti. In it, an image of some upcoming Hot Topic exclusives are shown on screen including the Tenth Doctor wearing 3D glasses and the Eleventh Doctor with a mop and a fez. A Weeping Angel is also seen, but there is no indication if it is some kind of exclusive. (It could very well be a glow in the dark variant.)

It was also announced that Hot Topic will be selling exclusive Funko T-shirts. You can check out the video now on Hot Topic’s Facebook page.