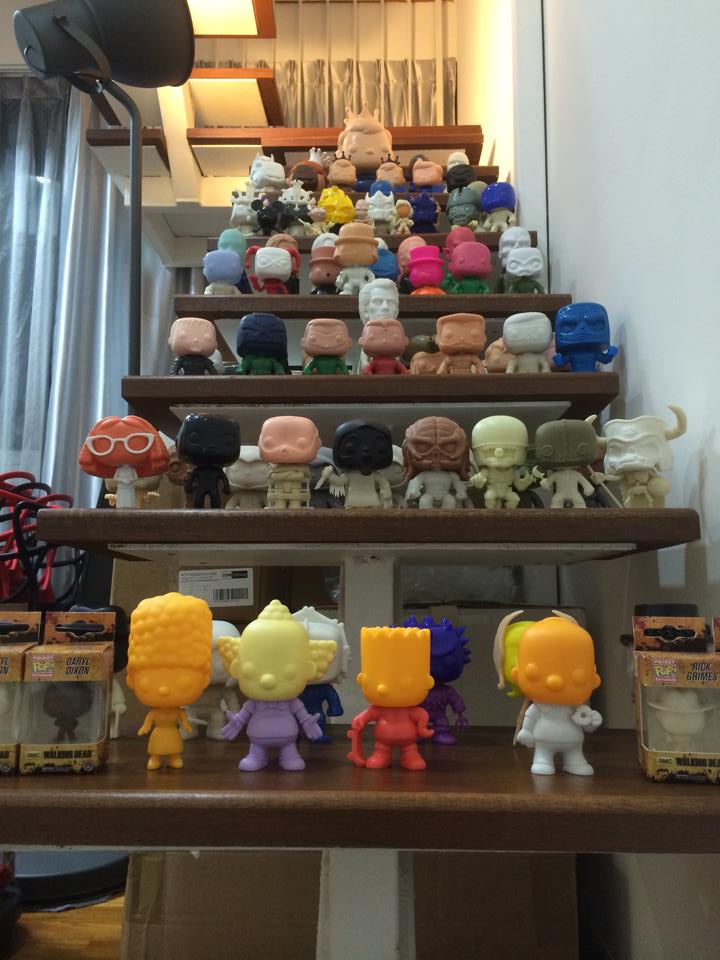 FFA Collector is a series that interviews a member collector and how the hobby is doing at his or her location. Our second interview is with Wilson Ang in Singapore, proud owner of a Clockwork Orange GITD AND Clockwork Orange proto.

FFA: Hi Wilson, as we understand it, you are the individual who’s paid the most for a single POP?

Wilson: Yes, I believe it is the most expensive to date. USD$3,300 for the Clockwork Orange Glow Funko Pop! Limited Edition 12/12, signed.

FFA: Are you a big fan of Kubrick or Anthony Burgess?

Wilson: Not really into Kubrick, and not really a big fan of Anthony Burgess. But I like the movie adaptation of A Clockwork Orange which I watched more than 10 years ago.

FFA: The small group of collectors in Singapore is known for buying some of the most expensive pieces ever sold. What do you attribute that to?

Wilson: I think it is because Funko Pops have become really popular in Singapore over the last couple of years.

FFA: Right, but you guys probably have the most expensive POP collection per collector of any country in the world?’

Wilson: There’s actually only a handful of us in Singapore who are owners of really expensive Pops.

FFA: Aside from the CWO glow, what are the top 3 priciest POPs you’ve purchased?

Wilson: Another expensive Pop would be the Funko Pop Clockwork Orange proto, which is USD $1,625. The rest are actually just average in price. I have over 1,000 Pops right now.

Wilson: Almost all are tucked away behind cupboards.

FFA: Have you considered trimming down the collection because of that?

Wilson: Yes, as I am running out of space, I am considering selling some of them.

FFA: The POP community in Singapore is quite close-knit?

Wilson:  Yes, I believe so. Jebson Tan created the Funko Pop Singapore Group last year. Some of us have actually become good friends!

FFA: You guys planning to take a trip to SDCC together anytime soon?

Wilson: Yes, some of the guys are having this plan actually.

FFA: Several of you are also big collectors of protos right?

Wilson: Just a few of us.

FFA: What are some of the notable protos you’ve acquired aside from the CWO one?

Wilson: Here is a picture.

FFA: For you, what’s the appeal of protos?

Wilson: The rarity of the pieces.

FFA: Did you find Pops by yourself or someone introduced you to the hobby?

Wilson: Happened one day, I was walking past a toy shop and saw these cute toys. I immediately fell in love with them. But my fellow collectors played a large part in building my interest.

FFA: What was the first Pop you bought?

FFA: What’s your favorite POP the CWO am guessing?

FFA: Oh, so you want to do a complete Freddy collection as well?

FFA: Why do Freddys appeal to you?

FFA: But you had no idea what a Freddy was initially, correct? You think you’d still be into Freddys if they were not so rare?

FFA: Don’t you feel sometimes that Funko collecting is a game of one-upsmanship between upper tier collectors?

Wilson: It is true, just like you can choose to drive Porsche or Toyota. To each is its own.

FFA: Do you collect other toy lines?

FFA: And do you ever see yourself giving up Funko?

Wilson : Maybe trim the collection but not give it up.